Iversky monastery, located half an hour’s walk from Kareya, is dedicated to the Assumption of the Blessed Virgin. The monastery stands in small beautiful bay overlooking the sea, in the place where the holy Emperor Constantine erected a temple in the IV century. Iberian monastery in its current form was founded in the late X century. According to Iberian (Georgian) sources, after the destruction by Arab pirates, the monastery was restored in the X century by John of Iberia, who was adviser of Georgian king David, but gave up secular career and wealth to become a monk. Together with his son Euthymius and nephew Georgi, who also brought monastic vows, John expanded and renewed the monastic buildings. 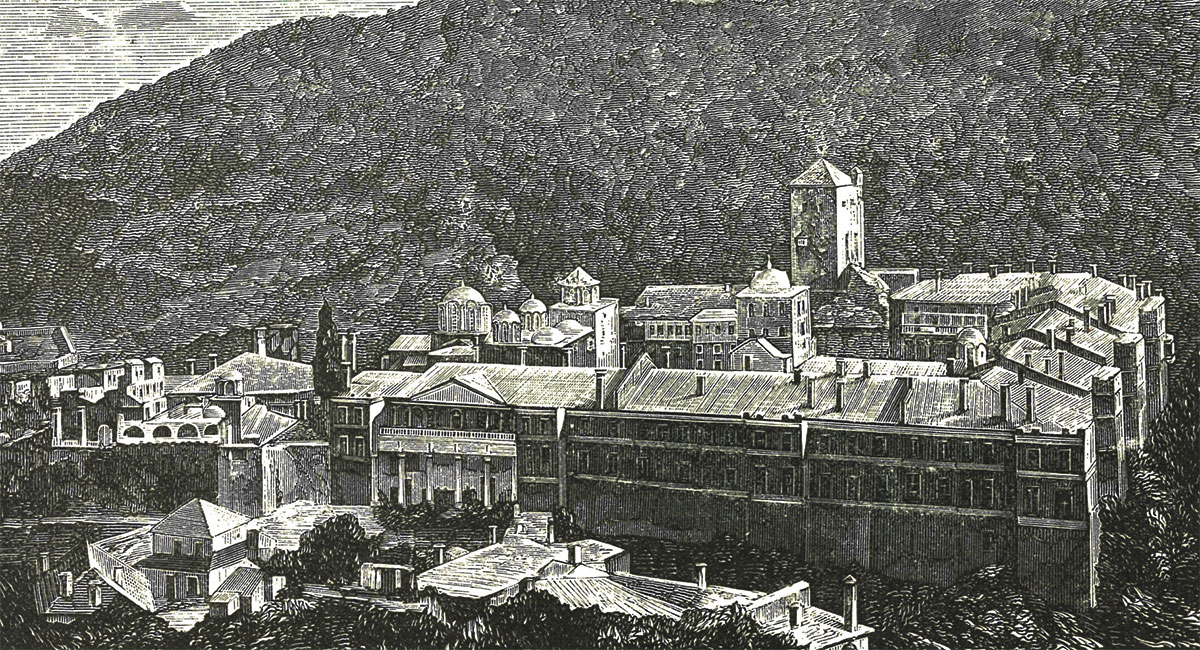 In the following centuries, Iveron, who suffered, like the whole peninsula, from raids, was restored to the funds donated by the rulers of Byzantium, Serbia, Georgia and Russia. Throughout its long history, the monastery was a powerful spiritual center with strong influence of Georgian monastic practices and traditions. In 1357 the monastery became Greek, because by this time Greek monks lived in it mostly.

The monastery owns 17 churches, the most interesting of which – is the Church of Portaitissa. Icon Portaitissa is associated with a miracle that has happened in the IX century. According to the legend, one very religious widow, rescuing the icon, carried her to the boat. Praying in honor of the Mother of God, she lowered the icon into the sea so that the icon would not fall into the hands of kidnappers. The icon did not drown, but rose vertically, turning to the west. Years later, the monks of St. Athos saw a pillar of fire coming out of the sea and reaching heaven. This pillar was based on the icon of the Virgin.

In the temple of the Iversky monastery there is an icon “Orea Pili“, mooves as by invisible force, horizontally, in times of great religius holidays, liturgies and all-night vigils.