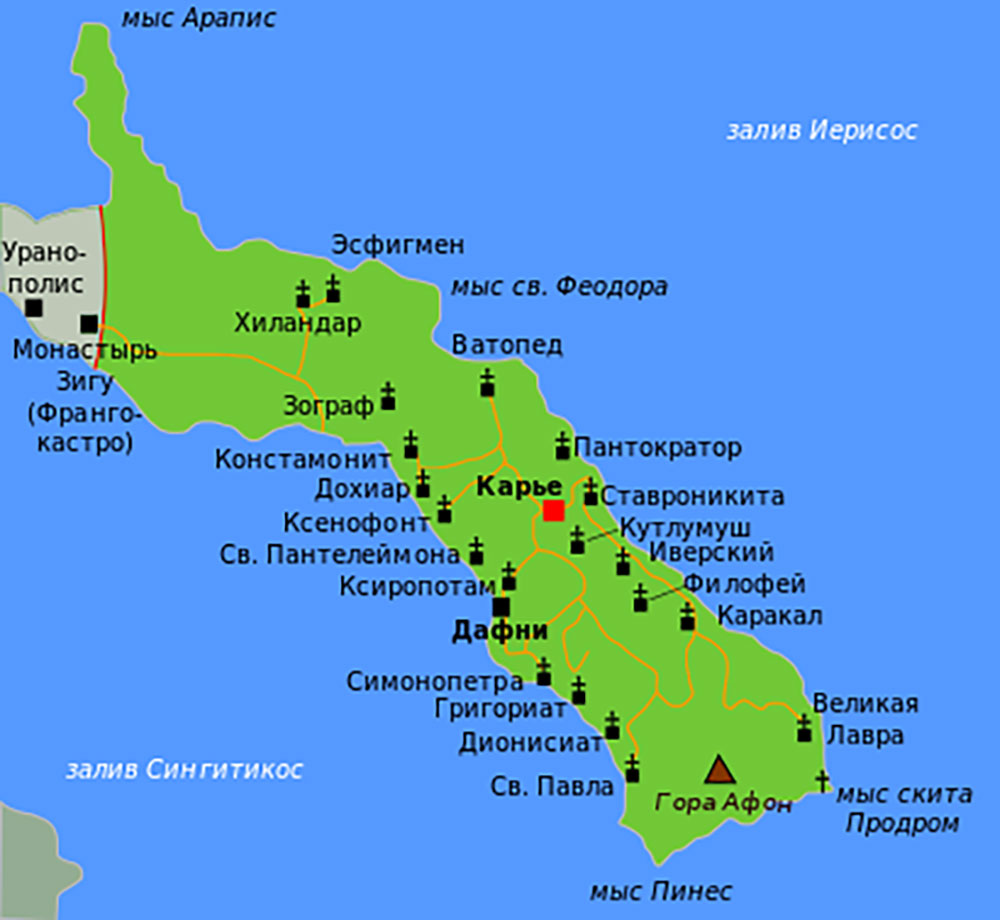 Monasteries and other monastic settlements

Besides the monasteries, there are 12 monasteries scattered all over the Holy Mountain (often large settlements, not differing from monasteries except for the formal status), and also: cells (in Russian literature, usually referred to as “kelia’s abode” – vast monastic settlements with a cultivated plot of land), kaliva (of which, as a rule, sketes are composed), kafisma (single settlements, usually near the mother’s monastery), hesychasteries (there act who strive for complete solitude, sometimes in a cave). There are many hesychasteries in the south of the peninsula and in the area of Karula.

Until the early 1990s, the monasteries on Mount Athos were (or cenobitic in which monks live on common monastic content) and idiorrhythmic (self-regulating), in Russia in the Synodal period, such monasteries were often called “regular” or “paying”). After the transition in 1992 Pantokrator to the common type of organization, all monasteries became common. However, some of the sketes still remain idiorrhythmic.