The monastery of St. Nicholas, called Stavronikita, is situated on the northeastern part of the peninsula between the monasteries of Iversky and Pantokrator, about one and a half hours walk from Kareia. It rises with a stone mass on the edge of a small rocky promontory.

There are different traditions associated with the history of the birth of this monastery. Historians agree only that from the earliest times there was a cell. Some researchers believe that the founders of the monastery were two monks who lived in these places – the monks Stavros and Nikita. Others believe that the monastery was created by the works of the court Emperor John Tzimishes, named Nikifor Stavronikita. The third legend tells of the monk Nikita, whose occupation was the manufacture of wooden crosses. The word Stavronikita consists of two parts: the “cross” (in Greek “stavros”) and the Orthodox name Nikita. From the decree signed by Nikifor in 1012 it is clear that this monastery, originally consecrated in honor of St. John the Forerunner, and later in honor of the Blessed Virgin Mary, by that time already existed as an abode with its own charter and traditions. The monastery was destroyed in the era of the Crusades and from countless pirate raids. Then she was joined first with Kutlumush, and then with the Philotheus Monastery. In 1533, under the hegumen of St. Gregory, Stavronikita again received the status of a monastery. Gregory and his close friend Patriarch of Constantinople Jeremiah I managed to expand and restore the monastery, which they dedicated to St. Nicholas the Wonderworker. 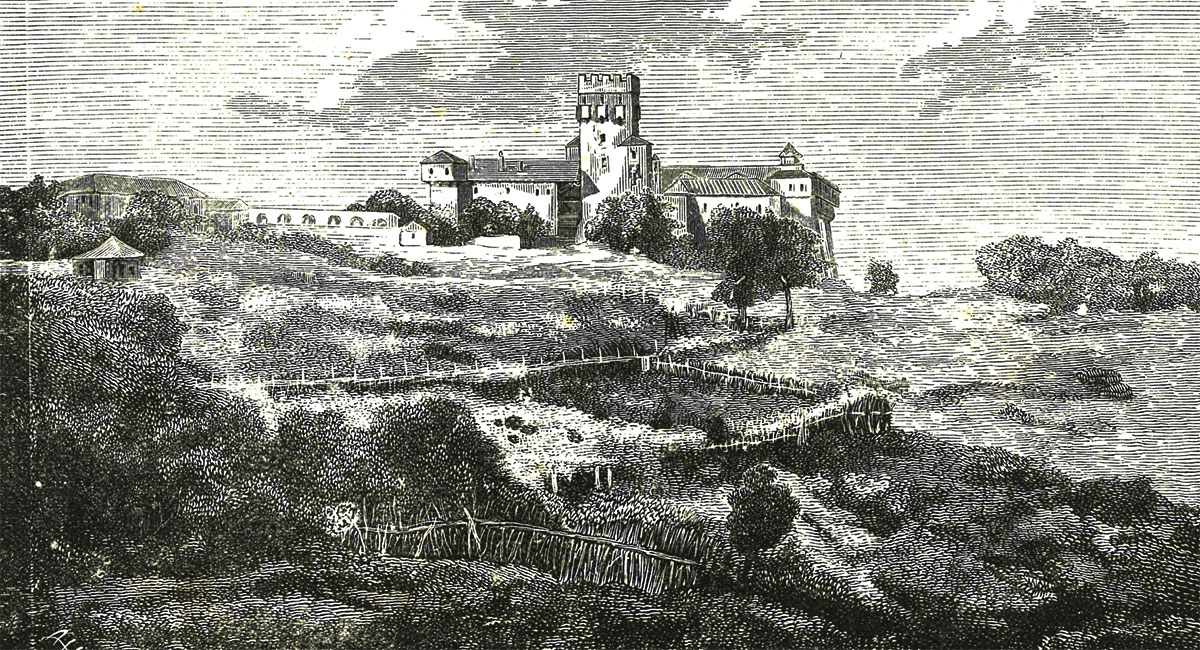 The Stavronikita catched fire in 1607 and tha fire destroyed almost everything, and in the second half of the XIX century, several more fires occurred, after which the weakened by natural disasters the community had to borrow a large account of money that it was possible to return with great difficulty.

In the monastery there is a miraculous mosaic icon of St. Nicholas “Oyster”. The history of the icon is as follows: after the abbot Grigory restored the monastery, one fisherman caught this icon with a net, in which a large oyster shell had grown. This icon was thrown into the sea by iconoclasts in the IX century and miraculously lay there unscathed for more than seven hundred years. From the sea it was taken in very good condition, but after the shell was separated from her, a deep bleeding wound remained on the brow of the saint. The shell was given to the Patriarch, and he made a liturgical dish out of half of this shell, and from the second half – Panagia, which was presented as a gift to the Patriarch of all Russia, Job.

In the monastery there are 25 monks.