The monastery of St. Paul is in the south-eastern part of the peninsula, not far from the rocky peaks of the cell Anna and Karuli, about one and a half hours’ walk from the monastery of Dionysiat. The monastery building is burn into by a back wall into an unusually beautiful rock. Behind them you can see the top of Mount Athos. Below is the river-bed, which dries up in the summer, and during the spring flood carries cascading streams of water. The monastery is named after its founder and is dedicated to the Feast of the Meeting of the Lord.

According to one of the versions of the monastery, the ascetic named Stefan built a cell in this place in 337 and dedicated it to the Feast of the Introduction to the Temple of the Blessed Virgin. At the beginning of the tenth century, the monastery experienced a second birth through the efforts of the monk Paul Xiropotamsky. He built a monastery Xiropotam and at first lived here alone. This place belonged to the monastery Xiropotam, and the cell was called Xiropotam – until it was given the name of its founder. 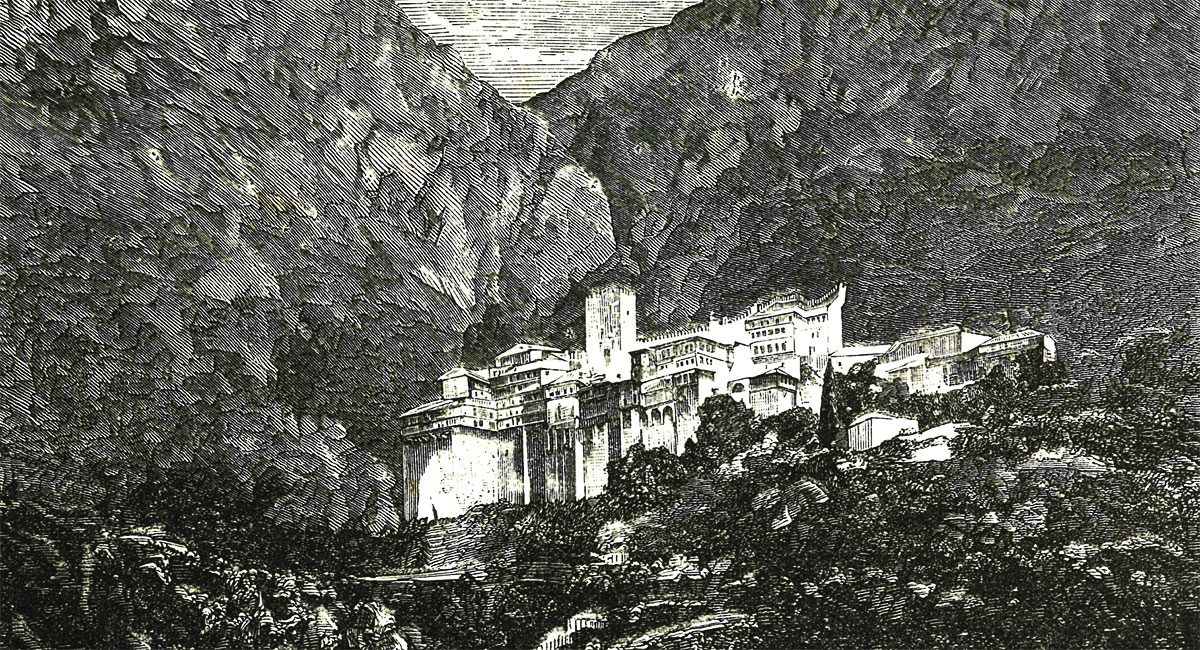 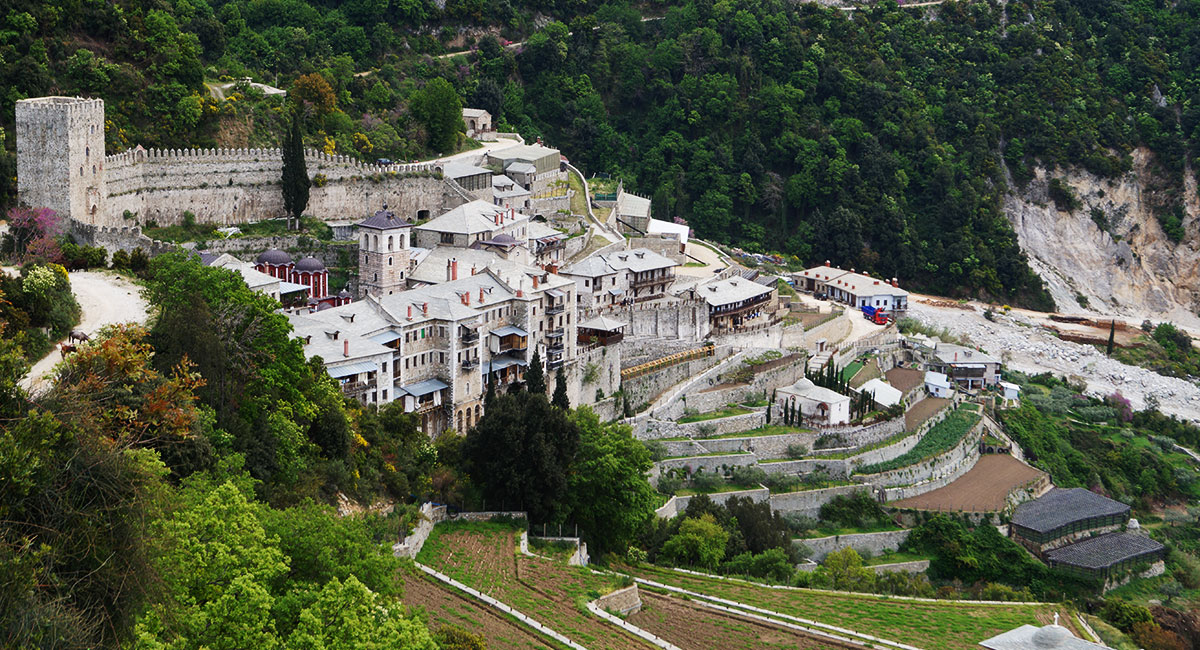 The son of the Byzantine emperor Mikhail Kuropalat, named Prokopy, left the capital, came to the Holy Mountain and took of monastic vows with the name Paul. He was distinguished by true piety and moral being, so many disciples gathered around him.

In the XIV century St. Paul’s offspring was transferred as a cell to the Serbian monks Gerasim Rodanias and Antonius Pegases, who elevated him to the status of a monastery.

Special mention should be made of Kira Mara, the daughter of the Serbian prince George Brankovic, the wife of Sultan Murad II, who conquered Thessaloniki, who later seized Constantinople. Remaining an Orthodox Christian and after marriage, Mara donated a thousand ducats and two estates to the monastery. During the seizure of Constantinople, the Turks plundered the city and, among other things, took the imperial treasury, in which there were many jewels, including parts of the gifts of the Magians to the Child Christ. Then they were presented to the wife of the Sultan, and she gave them to the monastery of St. Paul. On the coast in memory of this fact built a chapel. This monument stands still – a small white chapel open on three sides.

The present cathedral was built in 1844. The monastery has many sacred objects, including the relics of St. Basil the Great, St. Maximus the Confessor, St. Gregory the Theologian and other saints.

To the monastery of St. Paul belong twelve small churches and chapels, three cells in Karey and two monasteries – St. Dimitry and the New Skete. The Skete of St. Demetrius (now called Skete Lakko) stands farther from the coast than the monastery and was founded in the XVIII century. It has a kiriakon and twenty-five kalivaes.

The new Skete is located near the coast, south of the monastery of St. Paul. He was burnt in 1760. It contains twenty-eight kalivaes and one kiriakon dedicated to the Nativity of the Virgin. 60 monks live in the monastery, which are occupied with icon painting, jewelry making, music, wood carving and land cultivation. Significant icon-painting workshops are Kirillov’s house, Abraham’s house, Varlaamov’s house and others. In the new Skeet lives and creates a famous artist-monk Callistos, whose works are distinguished by a special talent and realism. The most famous inhabitant of this monastery was the monk Nicodemus of the Holy Trinity.