The monastery Kutlumush is consecrated in honor of the Transfiguration of the Lord. It is located in the inner part of the peninsula, on a hillside, not far from Kareia. According to the contents of the remaining title-deed, it can be concluded that the monastery existed until 988. Then it was destroyed, and in the XIII century it was rebuilt by Constantine Kutlumus, who, according to some reports, was converted from Turks who took monasticism. 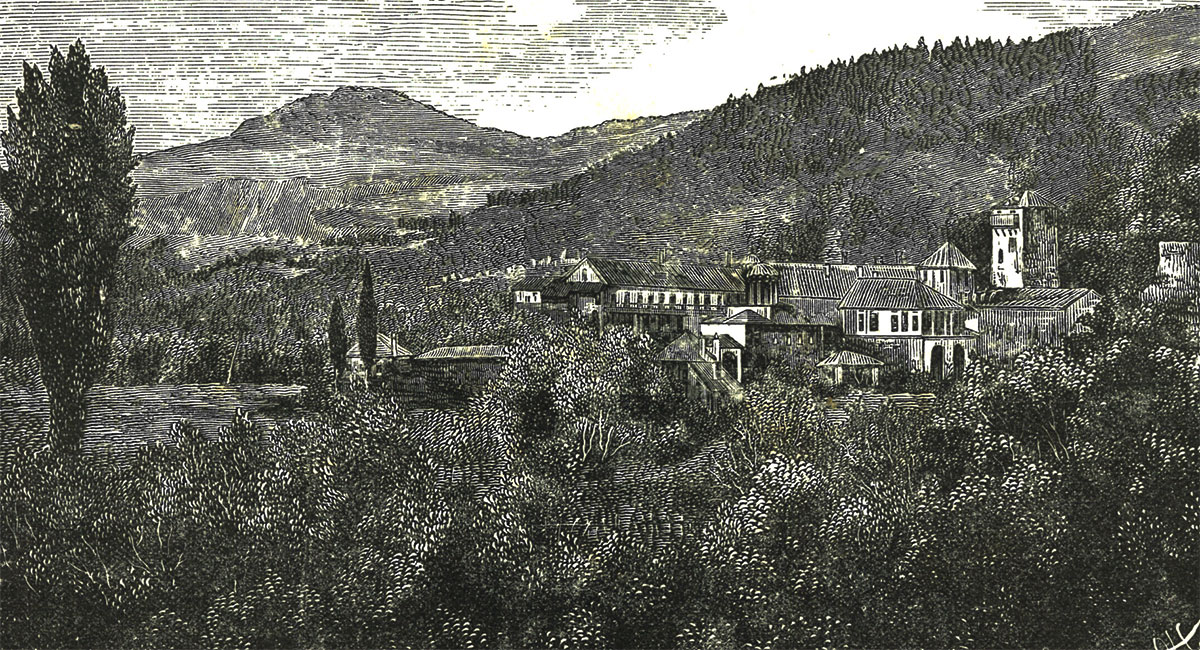 By the XII century, the monastery began to experience economic difficulties that did not leave it for much of its further history. At the beginning of the XV century, Kutlumush annexed to his possessions a nearby, almost abandoned monastery, Alipiy. Nowadays, Alipiy is the cell of the Kutlumush monastery. It was re-consecrated in honor of the Holy Apostles. The unification of the two monasteries increased the status of Kutlumush, and it became one of the best Athonite monasteries. The monastery was burned many times, but the damaged buildings were restored at the expense of the benefactors (Greeks) and the Patriarchs of Alexandria and Constantinople.

Among the shrines of the monastery is the icon of the Mother of God, which was transported here 200 years ago and is located in the chapel of the Cathedral temple of Akathisti. According to legend, it remained untouched during the fire of the monastery estate in Crete. The same icon, the gift of Alexei Komnin, is in the altar of the temple.

Great value is represented by the iconostasis and many other shrines of the monastery, they include: a fragment of the Life-Giving Cross of the Lord, part of the foot of the righteous Anna (mother of the Blessed Virgin), the head of St. Alipiy Stylite, the relics of St. Mary Magdalene, the Holy Great Martyr Anastasia, part of the relics of St. Great Martyr Panteleimon and St. Gregory the Theologian, the jaw of St. Charalampy.

On the territory of the monastery there are many small temples and chapels, including in honor of the Mother of God, St. Natalia, All Saints, St. Spiridon and St. John the Baptist. Behind the territory of the Kutlumush monastery there are three more small churches: St. Trifon, St. Nicholas and the Holy Archangels. The monastery also owns 17 cells, three hermitage houses and the Greek monastery of St. Great Martyr Panteleimon. The skit consists of twenty-three scattered in the forest. The oldest of them is the Kaliva of All Saints.

Currently, the monastery is home to about thirty monks.